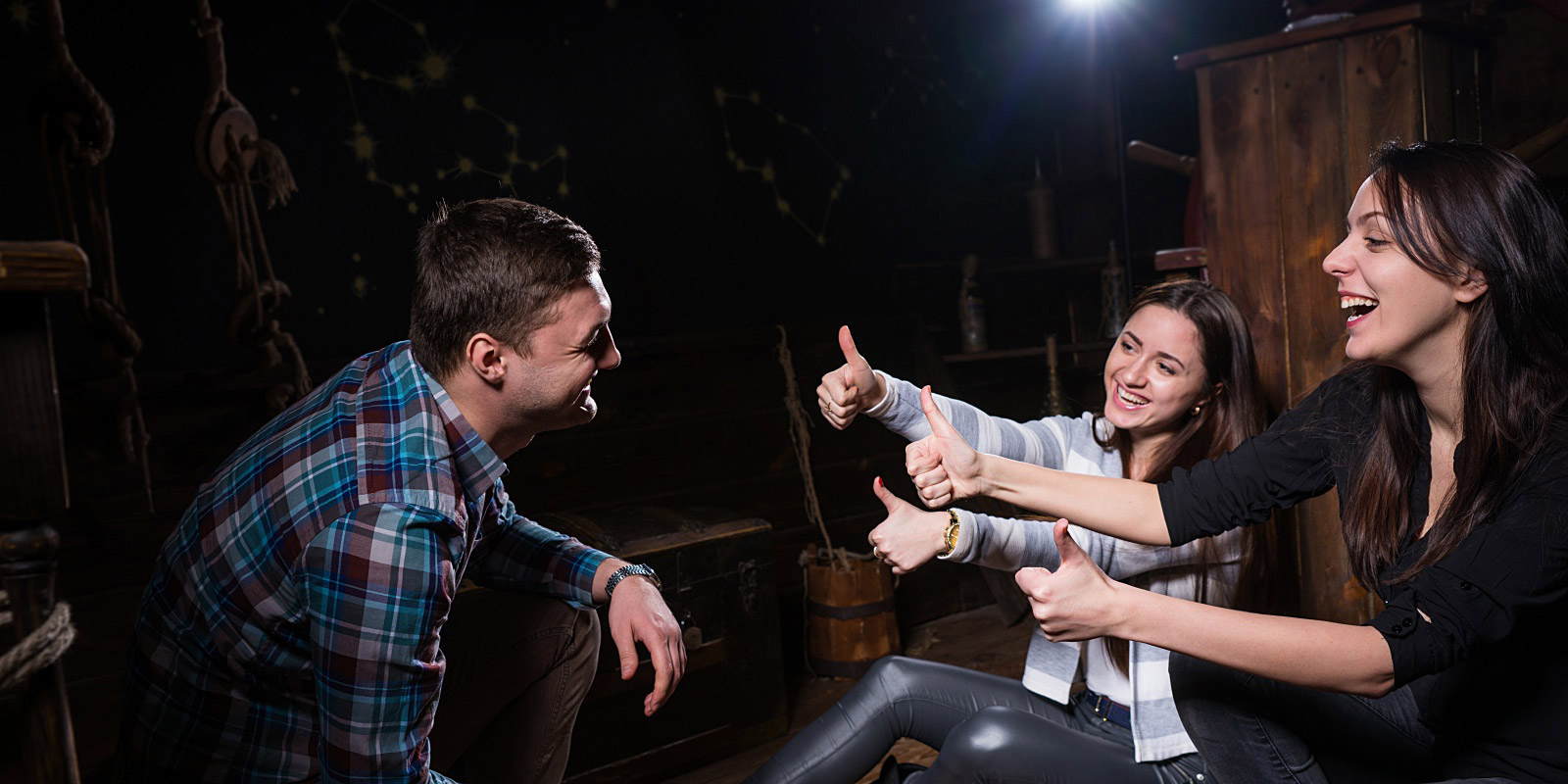 Over the past few years, escape rooms have been the go-to event for friends and families seeking a fun and challenging activity. Those who have participated in an escape room, often describe their experience as a fun way to work as a team and bond with their friends and families. As the popularity of escape rooms started to increase, businesses started to realize the underlying benefits that come from working as a team to escape the room. Escape rooms create an environment that encourages critical thinking, problem-solving skills, and constant team communication, which make them ideal team building activities.

Escape rooms are immersive role-playing games where the players are “locked” inside a room and are tasked with solving the room’s mystery within a set period of time. When the mystery is solved or time is up, they are “set free”. Escapes rooms vary and tend to have themes that help the immersion process. Common themes are haunted hotels, abandoned spaceships, tombs, and murder scenes. All of the players must work together to solve the room’s mystery, which is why escape rooms have become such popular team building activities. Escape rooms are great because they allow for the team members to bond, but also to give the company a chance to see each member’s contribution. Reach out to Room Escape Fairfax for more information and to schedule your team building outing with an escape room.

Escape rooms are immersive role-playing games, where the players are “locked” inside a room and are tasked with solving the room’s mystery within a set period of time. This creates an ideal scenario for employers to not only learn the strengths and weaknesses of the team members individually, but also how their employees are able to work together as a team to complete an objective. Here are a few of the benefits that come from using escape rooms as team building activities.

Members need to recognize and establish that they all have the common goal of solving the mystery and ultimately escaping the room. Often times members will have conflicting views on what is most important, so they will have to have discussions to narrow down the ultimate goal. The mindset of everyone needs to be the same so that they can work together to solve a problem. The more often a group of people works together to solve a problem, the better they become at problem-solving and handling any roadblocks that might pop up.

Establishing the goal of escape could be very similar to having to set departmental goals, finishing a project, and addressing and finishing tasks. Escape rooms offer a chance for them to be able to practice recognizing a common goal and also allow you to observe how they handle the situation.

While escape rooms are a fun activity, they are a great way for managers to see how departmental members handle conflict. It can be much easier to see conflict resolution in action in an escape room than in an office setting. As the group works to solve the problem it will become clear who the natural leaders are, who are the quiet workers, who comes up with ideas, and can highlight people who wish to work independently rather than contribute to the group as a whole.

Members are also forced to deal with conflicts in a face-to-face setting. Team members strengths and weaknesses can be assessed throughout this role-playing game. If a conflict does arise (and usually there are some disagreements about how to proceed, what a clue could mean, and what roles people should play), it can be easy to figure out who the natural mediators are who might need some more guidance on how to handle conflict resolution. This information can be invaluable when applied to the workplace because it can allow you to determine what tasks and roles are better suited for certain people. Leaders will naturally take charge and so this will allow management to recognize their potential. They will suggest new ideas, make decisions, delegate tasks, and assist their team members.

Escape rooms are a fun and engaging social activity where members are tasked with overcoming obstacles effectively and quickly. They must find clues, solves puzzles, and escape the room. Players will be forced to constantly adapt, discard earlier ideas and be open to new information. Ideas will have to come quickly, and they will have to be evaluated quickly on whether or not they offer any merit. Being able to see how the team utilizes the amount of time they are given to escape, provides managers an insight into how they are able to complete work assignments and projects efficiently.