Let An Escape Room Choose Your Next TV Show Binge 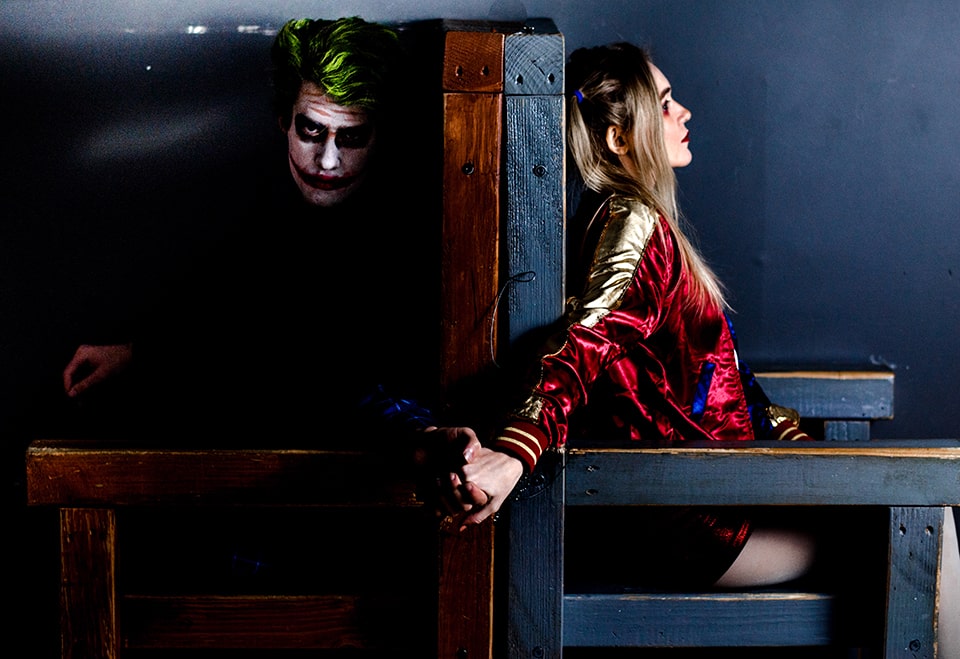 Let An Escape Room Choose Your Next TV Show Binge

So you’ve finished your current quarantine binge… what next? Why not let an escape room decide! If you have ever played at our facility or watched our videos online, you may have a fave escape room theme in mind. We’ve come up with a few recommendations to help you find that next quarantine-worthy TV show, all you have to do is choose a Room Escape Fairfax game, and we will provide you with some shows that will satisfy your taste in theme or genre.

Let’s get started with some of our most popular rooms!

First up, Survive the Joker’s Trap! You and your task force of detectives have spent months chasing the infamous criminal clown known only as Joker. Your investigation has brought you precariously close to capturing this clever crook, and you’ve grown confident: sure that this final chase will land Joker in ‘cuffs and custody. You were right on his tail, and then… It was a trap! You and your team awake disoriented, in a disturbing basement, chained to chairs. The Joker has hidden a bomb set to detonate in one hour. You and your team will have to rely on collaboration, and your investigative prowess, to free yourselves, disarm the bomb, and escape with your lives.

With eight completed seasons, you will have plenty of crime, comedy, and drama to indulge in. Follow Richard Castle, a best selling mystery author, and Kate Beckett, a homicide detective, as both use their unique skill sets to solve countless unusual crimes. While watching, the crazy crime scenes investigated in the show will likely remind you of the trippy basement from Survive the Joker’s Trap.

Gotham is an action crime drama based on DC comics and follows James Gordon as he is recruited for Gotham City Police Department. The series showcases the origin stories of Gordon, Bruce Wayne, and the most notorious DC villains. Better yet, the Fairfax Joker of this escape room would fit right in with this ruthless cast of characters.

Save the White House II: Missiles and Secret Agents

In Save the White House II, a group of renegade hackers have taken control of the United States nuclear arsenal and have ordered a strike on several major US cities…you’d think it’d be more secure than that, but that’s not the point. As the secret service’s ranking agents, it falls upon you to disarm the attack before tragedy strikes. Use your knowledge and skills to get the job done. The fate of the country depends on you.

This series is complete with six seasons on Netflix and is full of politics, manipulation, betrayal, and drama. The story is set in DC and follows a Congressman and his wife as they come up with a plan to seize power through any means necessary. If you enjoyed solving puzzles in the Oval Office, this show will surely put you back into that setting of politics, power, and secrecy.

Mr. Robot is a four-season drama thriller series about a cybersecurity engineer and hacker who is recruited by a group of anarchists and “hacktivists”. Their goal is to destroy the largest business conglomerate in the world. The show has been praised for its technical accuracy and portrayal of mental health. If you ever felt like a hacker yourself, trying to break through the puzzle defense system and stop the missiles in Save the White House II, this is the show for you.

The Frightful Feast: Monsters and Poisons

And the last room we’ll dive into today is The Frightful Feast! In this creepy adventure, you and your teammates wake up in a poorly lit cell and can’t quite remember how you got there. As you come to your senses, you can just make out three monstrous voices planning a party. It seems they’ve decided to have you over for dinner…in a manner of speaking. The ghastly group has left you unattended for just one hour to attend to the last details of their frightful feast, giving you just sixty minutes to avoid becoming tonight’s main course.

Penny Dreadful was based on the British sensational fiction publications from the 19th century with the same name. These works of fiction were cheap stories published weekly that often involved criminals and the supernatural. The series itself brings the fantastical feeling of these old publications to life as it ties together many characters from popular works of gothic fiction such as Dorian Gray, Dracula, Van Helsing, and Frankenstein. If you ever wanted to learn more about the monsters that have kidnapped you in The Frightful Feast, this show is your best chance!

If you’re ready for a long and binge-worthy series, check out Supernatural. In this dark fantasy series, we follow two brothers who hunt supernatural beings such as ghosts, demons, and all breeds of monsters. With 15 seasons and a dedicated fan base, you will be able to fully immerse yourself into a world of occult and spirits. If you enjoyed taking down our in-house monsters, why not keep the fun going and tag along as an official monster hunter!

Hopefully, our escape rooms have led you in the right direction toward finding a new fave show, or at least a series or two to occupy most, if not all, of your free time. Be sure to check out all of the themed escape rooms we offer here at Room Escape Fairfax and at our sister location, Bond’s Escape Room Arlington, and stay tuned for more entertainment recommendations in the future!